A couple of day ago I came to the city where I was born. Zaporozhye is all different now.

A couple of day ago I came to the city where I was born. Zaporozhye, a huge industrial center of Ukraine, is the city of my childhood where I spent summers at my granny’s.

It is all different now. Yesterday I met some women who are running the volunteers’ center where various things are being collected for the Ukrainian army (among many other meetings). I asked them to explain what I had seen earlier that day.

We were sitting in a cafe next to the regional administration of Zaporozhye, just opposite the entry to ”Maydan Samooborona”. A car drove out with a huge black bin in its open trunk. I asked the women what it was about. They explained that it was part of ”street flashmob” when people who the public ”are not satisfied with” are forced into a trashbin.

Today I have received clarifications who the trashbin was meant to. Serhi Tigipko was in Zaporozhye yesterday. But he escaped the misfortune by running out of the meeting hall via the back door. Tigipko is now the leader of a ”new” political force, The Strong Ukraine party. Thus, he is also running for the seat in Verkhovna Rada.

When I asked some of my Ukrainian colleagues from among journalists, what Tigipko is mostly ill-famed for, they explained that it was this very ”new” Ukrainian politician who was selling seats in the Rada to those who wanted to run on behalf of his previous party, Mighty Ukraine party. The chances to be elected cost approximately 150000$ per seat, according to people who remember that. Then he presented his party fraction in the Rada to Yanukovich and never returned the money he raised. He was smart enough to leave the coalition with Yanukovich and the Regions Party some time before the president was overthrown. The Mighty Ukraine party which he disbanded after making an alliance with Yanukovich suddenly appeared again on Ukraine’s political stage. My colleague from among journalists here told me that he deserved to have been put into a dustbin…

Tigipko is not the only one who is not very popular with the organizers of the flash mob. Until now, there have been around five victims of such a street action.

Borislav Beryoza, the press person of the Right Sector, doesn’t try to play down the role of his organization in the flash mob. In his interviews he explains it as some soft ”lustration” as the Law on Lustration which Rada signed with with such a great pomp in the media, especially in the West, has not been yet published and, thus, it is not yet enforced.

When we met with Beryoza in Kiev a few days before I went to Zaporozhye, he told that nobody knows the content of the Law. One thing led to another. To motivate the deputies to approve the bill of the law, there was a rally held at the Rada with tyres being burned again. The Law signed but not enforced seems to have been a reason for this kind a rather wild street flash mob.

These are Liza and Tyoma. They are not relatives. I met them in the center to collect donations for people coming to Zaprozhye from the East, which volunters run. The heart of this center is my colleague, Anastasia Golikova. She is much busier now with coordinating the effort to take care of 29 000 displaced people who are now staying in the Zaporozhye Region (according to the latest update from the local branch of Emergency Situations Ministry).

Tyoma’ and Liza’s parents lived in the same town of Pervomaysk of Luhansk Region. They met again in Zaporozhye.

Liza is 3. Tyoma is ”many years of age”, as he told me. Actually, he is 2. But he is very very serious and he likes drawing.

”When they began to bomb me, we were living in the basement. It is not at all bad. You hear almost nothing. Then we started running away. But we were running ok. There was not much shooting. But I forgot to take all my toys. And hens and dogs are still there. Then we came to Kharkov. I met a dog who was my friend. But now we are here”, Liza told me.

Tyoma didn’t tell much. He wanted to draw and he wanted a toy car. But there was just one wheel in the box with the toys which people brought to IDPs’ kids.

Liza was lucky. She found two toys which she asked to let her take with her. Liza had this hat on while she was sleeping in the basement. All the rest which was on her when we met has been presented by people.

I was so impressed by the way how this little girl was speaking about her experience that I made a post on my FB wall about Tyoma and Liza. But there was one detail missing in that post.

Liza also told me why ”they” started to bomb her.

”You know, I lived in Luhansk Region. Then it became the Russian Region. I don’t know how it became. But when it happened, the planes came and started to bomb me.”

There was a specific reason why I didn’t quote this part of our conversation. Just the day before I was listening to some speakers at the People’s Assembly, a small street gathering organized by one of the two local Euromaydan Samooborona. Yes, there are two ”samooboronas” in Zaporozhye, the one which occupies the side wing of the Regional Rada and the other which is described to me as ”truly democratic”. Therefore, they don’t occupy anything.

One of the last statements by the ”not so democratic” samooborona which organized that rally was a special appeal to people. There were three points:

1. Don’t forget to call us if your neighbors think what they should not think. We have speedy cars and will immediately come.

2. Pay special attention to IDPs as they all suspicious. Then point number one was repeated. 3. If you see anyone making a ”No War” graffiti, don’t forget to call us as this slogan is a sign of their criminal activities.

To keep little Liza safe, I introduced some self-sensorship and didn’t tell how the girl saw the reasons why she was being bombed”.

In Ukraine September 30 is marked as Adoption Day. Yesterday I attended the press conference organized by Happy Children charity to speak about their new project, Open Your Doors to Orphans.

They are trying to introduce a notion of the damage which the boarding schools have on children.

I once mentioned that my own childhood in Zaporozhye was associated with walking through the yard of one of such boarding schools neighboring my grandmother’s house. It’s still full of children, aged from 12 to 17. They are not orphans. Mostly, they are children from villages who are sent to the city to study. Some of them are kids from socially unstable families and just a few orphans.

Representatives of Happy Children state that they have tried to stop this practice of removing the children from their native villages for years. But they have not met understanding with the region and city officials. It was obvious as the city representative immediately started to argue on that matter.

According to Antonina Matveeva, the head of the regional department on child-protection, there are 477 children on boarding schools aged from 14 to 18. She also admitted that currently the situation with orphans is getting more acute, ”due to war situation, although nobody admits that we are having a war inside Ukraine”. As of the moment, there are 159 children evacuated from the East. Most of them are children with adoptive parents. But there are 35 full orphans who are now in a social protection center.

Matveeva estimated the entire number of orphaned or ”difficult” children in the region reaching 4000, 503 being adopted. This year 68 children were adopted by Ukrainian citizens and 28 went to live abroad. Foreigners don’t have the right to adopt children younger than five. The only exceptions are those children whose diseases can’t be treated in Ukraine.

Oksana Ponikarova, Zaprozhye city-based center on social care for families and children, voiced another aspect of this problem. A few years ago almost half of social workers were made redundant. There are no specialists of this kind in 7 biggest districts of Zaporozhye region. The main concern now is that it affects the situation with displaced people. Most of them are concentrated in Berdyansk, Gulya-Pole and Primorsk districts. And these are the districts where there are no social workers.

To cover the entire region and the city, Ponikarova has 94 personnel.

”All the burden is now on shoulders of heads of municipalities. But what can they really do if, for instance, a family with troubled situation lives 30 km away from the municipality?”, Ponikarova stated.

As for orphans from the war zone, they have been accomodated in what used to be pioneers’ camps. But they are not meant for winter.

The children are getting food provided by municipalities. In this respect, the authorities of Berdyansk are reportedly the most responsible. International organizations also contribute. Red Cross sent stationery for shoolchildren. But people who are working with IDPs complained that Red Cross refuses to give out boxes with hygienic items under the pretext that IDPs in Berdyansk district are being fed. Or that Red Cross refuses to disseminate food boxes they have received from World Food Program among the children younger than 15 explaining it by health concerns.

I went to check this information with Red Cross and it turned to be true. Konstantin Silin, the head of the regional Red Cross branch, showed me those boxes and told that they are not meant for kids due ”preservatives they contain which can have negative impact on their health”. 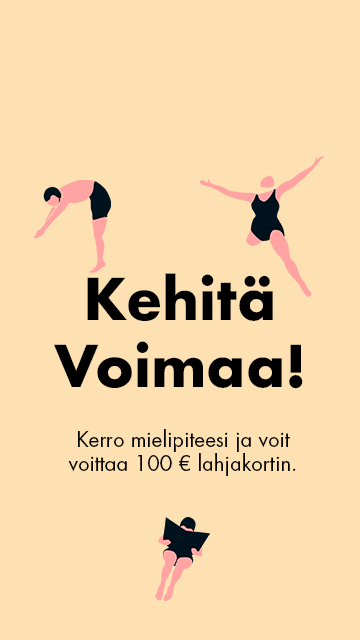