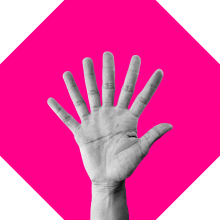 As of November 1st, 2020, facebook decided to discontinue their option for publishing ‘notes’. I learned this when I was trying to access my old notes, which contain poetry, essays, theatre reviews, monologues from films I watched, my dreams and snippets from books I read.

I guess if facebook gives one the right to use their medium to share writings, it can take it away as well, just as easily, although this action is suspicious. I suppose it doesn’t bring them as much benefit to document what people think compared to what people buy.

Either way, I looked for some tips about how to extract my work from these notes and save them where I have more authority than facebook and realized that I had shared 60 texts, in word document, with a font size 12, about 122 pages, not double spaced. Around 28 500 words shared in public, despite the ethically dubious medium, still give me the agency to determine myself as a writer.

My first inclination is to convey the world around and within me in words. I wrote my first poem which was about three fishes in my aquarium (whilst I never had an aquarium), when I was 7 years old.

I write to pour out emotions so that I can make space for new ones. I write to make sense of events around me. I write to materialize my imagination and my subconscious unveiled to me in my day and night dreams. I write in my native language, Albanian, in English and in my second language, Turkish.

Here, I share with you a poem I translated from Albanian into English which has a French title.

I want to make a T-shirt with this inscription

But our folk would beat me up to death

Or they’d whip me up with ignorance

If Toma were a rock star

(I am taking the liberty here to caress his name)

I would had been a groupie

And on his concert

I would wiggle my tits out

And cheer with screams

Yesterday I was reading his book

‘Time of death and fun’

I’d wiggle my tits for him too!

I squeezed the book in my chest

Like Tito who inserted the books tied with a belt

Not to let them get wet from the rain

That’s how it should have been

That’s how it was told in the reading book.

Tito must have had a wide chest!

I wanted to ask for Toma’s signature

But then I would have become exactly a groupie.

To ask for an autograph

From a boy who fights glorification